I had planned to share the tutorial for the DIY upholstered chair with you today, but these kinds of tutorials can be pretty heavy on the photos and time-intensive to write, it was 10 p.m. last night and I was still editing photos with not a word written, and my two year-old has been waking up not-a-moment-later than 6 a.m. every morning for the past two weeks, sooooooo…I went to bed.  Any moms out there have a guess as to what might be going on with my daughter who has consistently slept until 7:30 every morning for the better part of a year??  It’s like a switch flipped one day a couple weeks ago and she comes staggering into my room yawning before the crack of dawn and sometimes once in the middle of the night too.  I have no clue why the change but I am exHAUSted.

So instead of poring over an upholstery tutorial, might I suggest you visit my friend Sarah, over at Sarah M. Dorsey?  I’ve told you about her before and she has been spending the past three weeks competing in Creating With the Stars over at East Coast Creative and has been knocking it out of the park.  She’s been in the top three for two of the three weeks and is moving on to the finals next week!

Check out her projects: 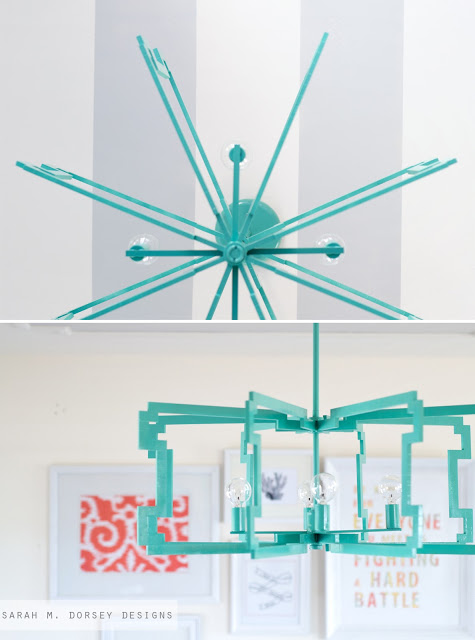 You will not believe what Sarah made this pretty pendant out of.  Seriously.  I think I have a creative bone or two, but I NEVER would have thought of this.
Custom cornice, knockoff Schumacher drapes, knockoff Anthro bench 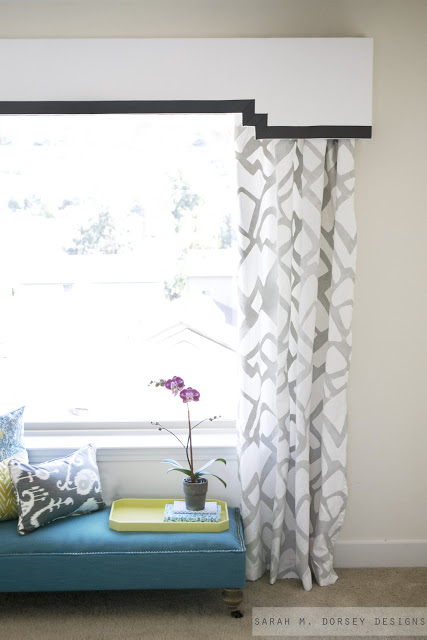 Sarah shares tutorials for the cornice, drapes, and ottoman on her site.
Painted desk and accent wall using custom stencils 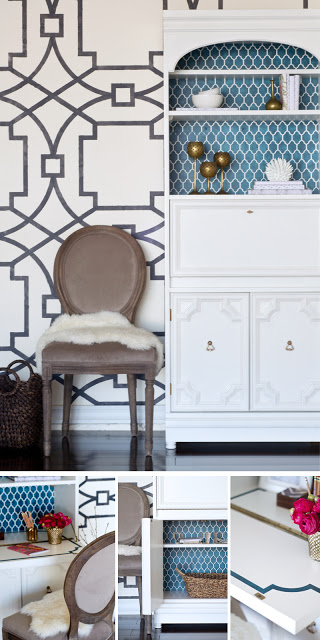 Just today, East Coast Creative announced Sarah was in the top three again with this project so check back in the next few days for a tutorial on these projects.
And try to remember to pop over next Monday to vote in the finals.  Best of luck to you, Sarah!
« {Tutorial} Child’s Upholstered Chair Frame
{Tutorial} How to Upholster a Chair »