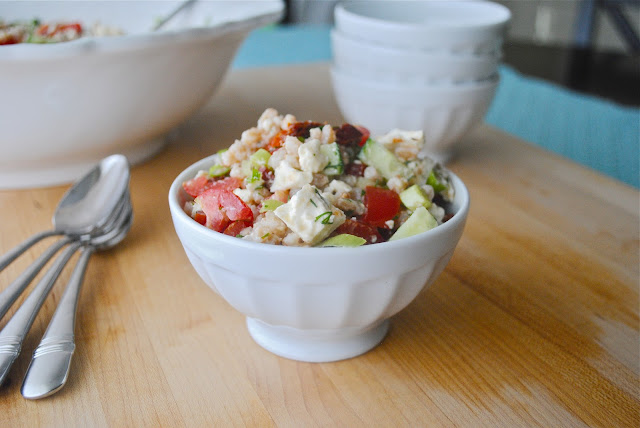 Farro.  Have you heard of it?  I feel like it’s still somewhat obscure but mainstream enough that I’ve seen it on menus in recent years and you can buy it at many grocery stores.  It’s a whole grain.  It’s chewy and kind of nutty.  It goes with pretty much anything you can think of to mix with it.  I think it’s just downright wonderful.  It reminds me a bit of barley but seems somehow heartier.  If you haven’t ever had it, it’s worth a try.

For this version, I grabbed some inspiration from a feta salad I sampled at Whole Foods last week and the farro was a summery and lovely complement to the grilled salmon we also had for dinner.  I made a sizable batch so as to have leftovers for lunch the next day and they may have tasted even better after an overnight in the fridge.

Farro with Feta, Tomatoes, and Cucumbers

Cook the farro in boiling salted water according to package directions.  It was about 20-25 minutes cooking time for me.

Chop tomatoes and cucumbers and put in large bowl. 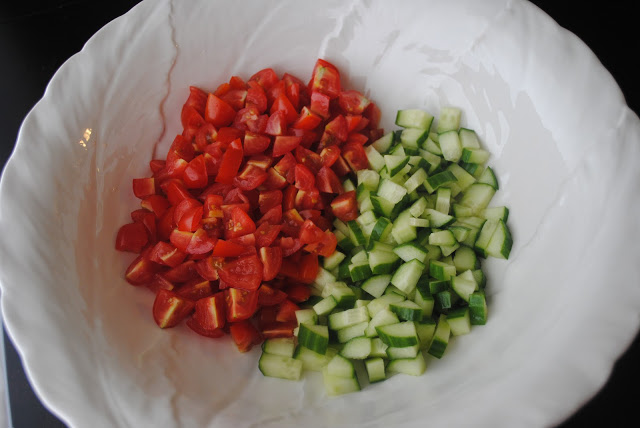 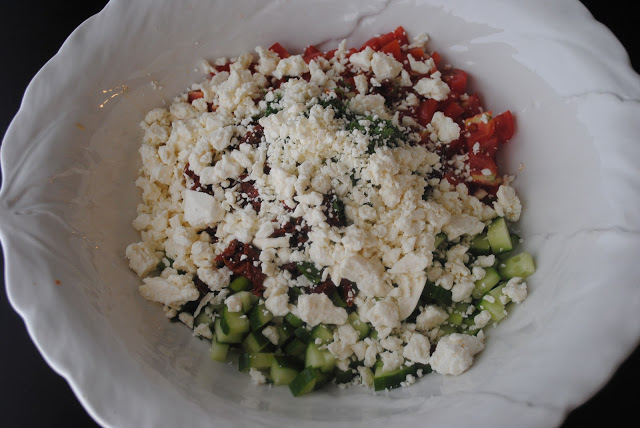 Let farro cool a bit then add to other ingredients with the olive oil and stir to combine.  Season with salt and pepper. 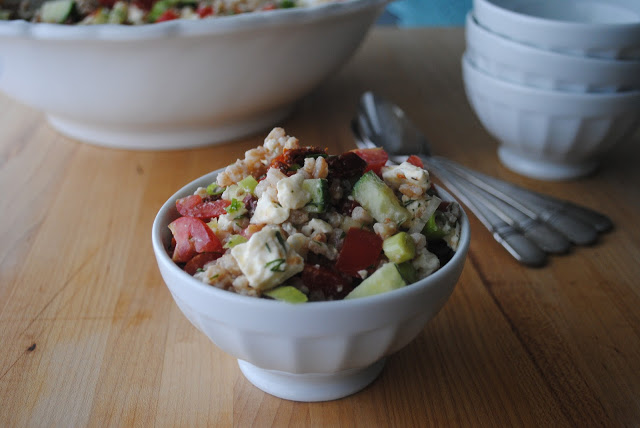