If you were looking closely in my last two posts about the kitchen counters and the transom windows, you may have noticed a big change in the kitchen and family room wall colors.

The kitchen began as a deep mustard yellow and the family room a medium blue, but both are now sporting Benjamin Moore Edgecomb Gray. 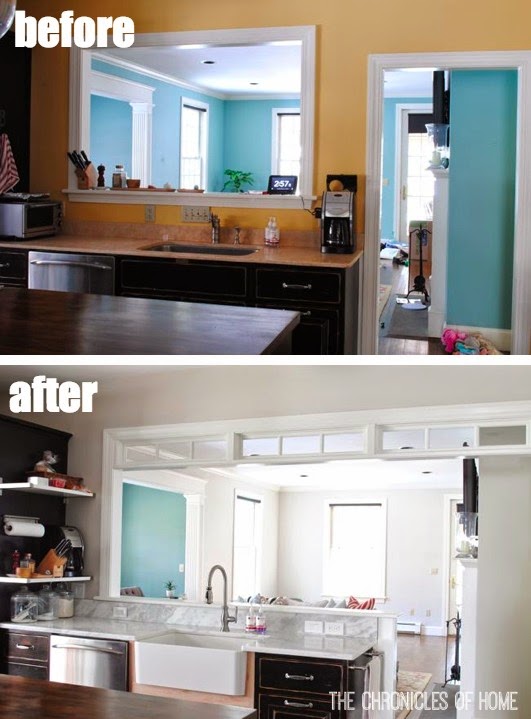 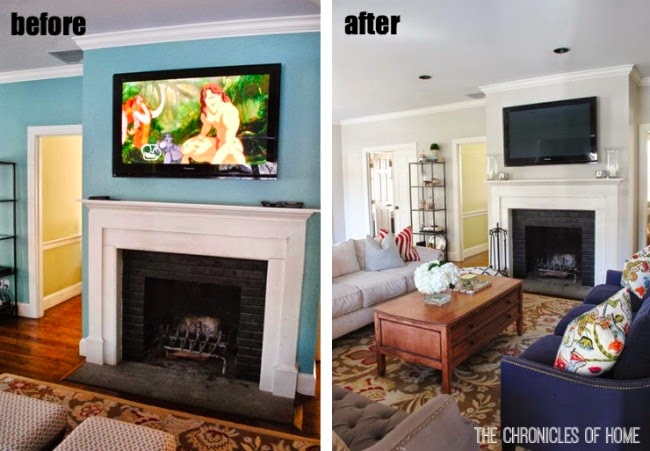 I decided to paint both rooms the same color because I wanted to enhance the feeling of continuity we were going for by enlarging the opening between the two rooms. 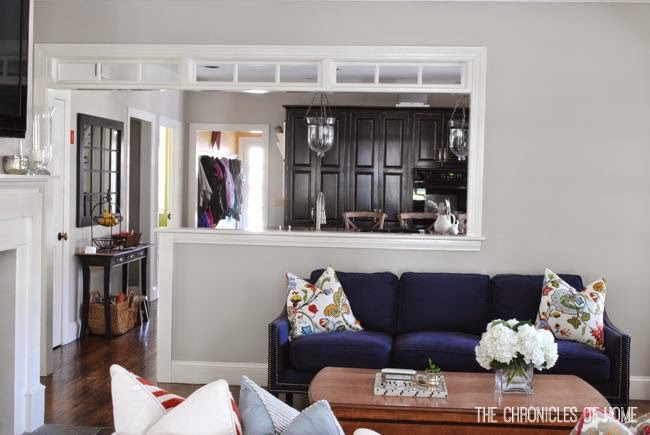 I also wanted a pale, neutral color that would make the rooms feel bright and that had some pigment to it but also took a natural backseat to the other colors in the room. 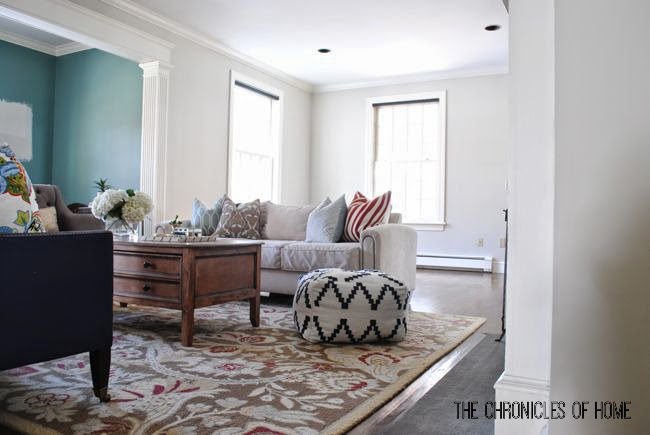 Grays are notoriously tricky and the thing you absolutely must do before painting an entire room gray is to paint swatches on the walls.  Light changes the color of gray paint more than any other color I’ve ever seen.  I painted our whole kitchen in the last house a nice medium gray before I realized I had, in fact, painted the kitchen PURPLE because of the way the light reflected off that particular gray.

Because of that experience, I was very wary of purple undertones in grays, and the Edgecomb Gray has the perfect amount of warmth to it so it reads as a true pale gray with no purple.  But remember that it could read differently in a room in your house!

For the kitchen and family room here, though, it was just the soft gray I’d been looking for. 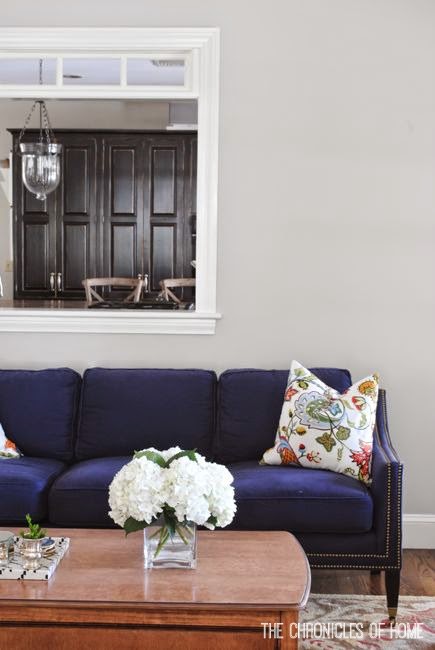 And after all the hours it took to paint these two rooms, I am VERY glad I took the time to paint swatches everywhere to be sure of the color this time!