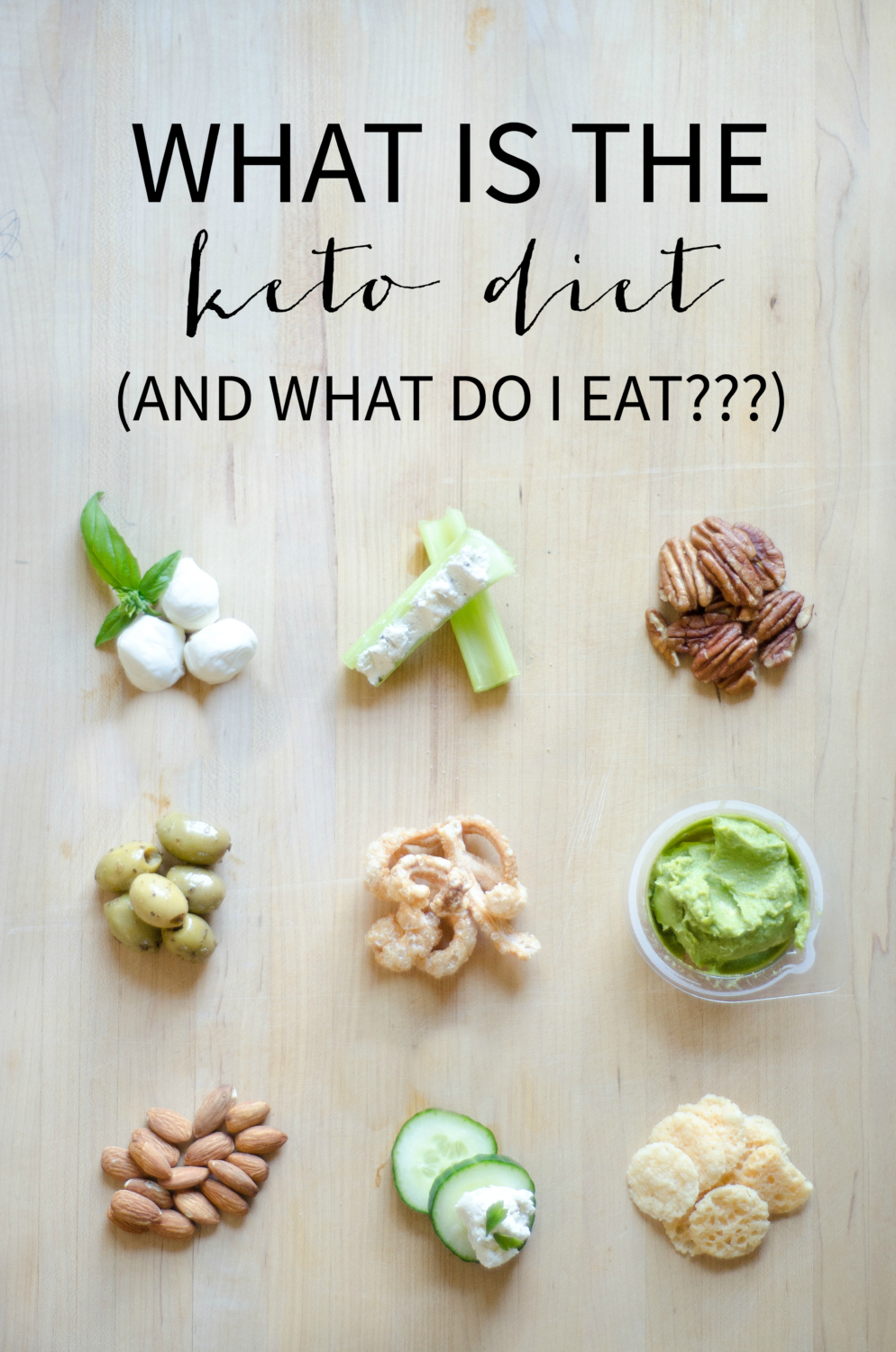 Earlier this week I shared a recipe for Gluten Free and Keto Mini Pumpkin Cheesecakes and told you I’d share more about the keto diet, which is what I’m setting out to do today. Maybe you’ve heard of it and maybe you haven’t but in case you’re wondering, “What is the keto diet?” I’m going to try to answer that question in as few words as possible and also share with you why I’m following it right now.

What is the keto diet?

DISCLAIMER. I am not a doctor. I am not a nutritionist. But I’ve researched the heck out of this diet and I’m sharing what I’ve leaned about it and why I decided to try it.

In a nutshell, when you’re following a keto diet you eat extremely low amounts of net carbohydrates (20 grams or less a day), a moderate amount of protein (generally what you’d think of as a “normal” amount), and very high fat. These fats should not come from synthetic or artificial sources (trans fats and polyunsaturated fats like margarine and processed vegetable oils) but rather from high-fat natural food sources such as beef, pork, eggs, full-fat dairy, avocados, and natural oils like avocado, olive, and coconut. Grass-fed and organic are the best options for these foods. And regarding carbs, to calculate the net carbs in a food, you subtract the amount of dietary fiber from the total carbohydrates to get your net carbs. So if a food has 5 g of carbohydrates but also has 5 grams of fiber, it’s considered a 0 carb food.

The keto diet has become really popular for weight loss lately but it’s actually nothing new and has been around since the 1920’s. It was initially developed as a treatment for childhood epilepsy. Fasting has long been used as a treatment for epilepsy, but hello, fasting is hard and would be especially rough for a child, and the keto diet reproduces the body’s response to fasting without actually having to fast (if anything, I have felt FULL on keto so far). The diet fell largely out of use as epilepsy drugs became available but in recent years it’s come back into favor both for kids who are resistant to anti-convulsant drugs and because so many people are looking for more natural, non-narcotic ways to treat themselves and their kids.

Keto is short for ketosis, which is a natural metabolic state. Your metabolism and body usually run in a state of glycolysis, meaning your body takes the carbohydrates and sugars that you consume and uses them for energy. When you take carbohydrates and sugars out of the equation by severely limiting them, your body needs to find a different way to run. As long as you consume enough fat, you body will start to use that as fuel for energy and your metabolism and body start running in a state of ketosis instead of glycolysis. The ketones your body produces and sends into your bloodstream for energy have kind of amazing anti-inflammatory properties, especially for the brain, which is likely why it’s been so successful in treating epileptic seizures. Strangely enough, after all these years, doctors aren’t entirely sure why ketosis is so beneficial to epilepsy patients, they just know it is. In recent years it’s been studied as a holistic treatment for migraines, certain kinds of cancer, Alzheimer’s, Parkinson’s, and Lou Gehrig’s disease, all with really promising results.

Why I’m Trying the Keto Diet

While the keto diet has become popular in the last couple of years as a weight loss diet (and I understand has been super successful for a lot of people), that isn’t why I decided to try it. I’ve gotten migraines pretty much for as long as I can remember at this point, somewhere between 20 and 25 years by now. My mom gets them too and I can remember how bad it was for her before there were mainstream medications to treat them. I’m grateful that there are pills I can take when I get one but the medication makes me feel sleepy, a little dazed, and sort of generally slow. It’s better than a migraine but it’s not great. So when I get into a bad spell with them I kind of feel like I’m limping through my days either feeling like there’s an ice pick lodged in my left eye or along the right side of my head (those are the two places I get migraines), I’m stoned from my medication, or I’m in an odd recovery state where I feel generally fuzzy and tired and slow and I assume I’m recovering from whatever neurological distress has happened in my brain during the migraine. And when it’s really bad, I’ll have maybe a day or two of normalcy in between this cycle.

I know there are way worse things to live with, but it still sucks. And it’s been bad the past few months, bad enough that I was getting really sad about feeling half-absent from my life – I have trouble focusing on work (or anything), my memory capacity seems decades older than I actually am, I’m snappish with my kids and my husband, my stomach hurts most of the time, and I feel deeply tired pretty much always. My husband said something recently to the effect of, “You haven’t really seemed like yourself” and that’s exactly how I’ve been feeling. Not like me, or at least not like my best self.

I vaguely knew that there is some crossover between epilepsy and migraines. My mom’s brain waves, for example, mimic those of an epileptic but she doesn’t have seizures. I haven’t had a brain scan done but it stands to reason there’s some common thread there since migraines are hereditary. And while there is not an overwhelming amount of information out there about the keto diet being used to treat migraines, there is some, and I read enough positive things to give it a try.

I’ve been on the diet for about 10 days now. Honestly, I thought it would be harder than it is. Everything is so delicious and so filling that I never feel hungry. I’ve actually skipped lunch a few days because I’m still so full from breakfast. My stomach has felt amazing almost from day one – absolutely none of the pain or bloating I’ve grown used to feeling every day. It’s occurred to me that there could be something else going on here (gluten??) but that’s an exploration for another day… I’ve had one migraine, and it was a minor one, meaning I only had to take half a pill to treat it and it didn’t come roaring back the next day. I haven’t felt a big surge of daily energy, which I’ve heard often happens with the keto diet, but maybe that’s still to come!

There’s no shortage of elimination diets out there to help you figure out food sensitivities or that have grand claims of healing the body. I did Whole 30 once and it was fine but I didn’t love it. I found it a little excessively strict, though I went into it as a pretty healthy eater already so I didn’t need to retrain myself to eat well, which I think is the point for a lot of people who do it. I got really annoyed with the NO SUGAR rule, like even trace amounts in things. I like being able to use my same sriracha and worcestershire on keto. And I sort of feel like sugar is just the newest demon in food. Don’t you remember when fat was BAD? And now fat is GOOD! I totally get and believe that vast amounts of sugar are not good for us but I don’t really think little bits here and there are that damaging. (This is just an opinion, remember I’m not a nutritionist. Just a common sense-ist). Even though 20 grams of carbs a day is a little bit absurdly low, somehow I find that an easier restriction to follow. I also liked that I could keep dairy products like cheese in my diet. I’ve thought for years that dairy upset my stomach and guess what keto has helped me discover? Nope. I’ve been eating heavy cream, cheese, sour cream, cream cheese in abundance and have had zero stomach upset. I had no idea. Perhaps the most important factor for me in choosing keto was the anti-inflammatory properties of the diet, both in the brain for my migraines, and in general for my body as a whole.

Have You Lost Weight?

No. Well, I don’t think so. I don’t really weigh myself but my clothes still feel the same! But maybe that will change over the coming weeks, it’s only been ten days after all. I’m reasonably fit already so I don’t know that there’s a ton to lose. From what I’ve read about the diet, it’s been enormously successful for people who are looking to lose major weight (perhaps not in the long term though), but I’m not going into it for that purpose so we’ll see. I’m not really watching my calories, which I think is important for people who are on the diet for weight loss.

Pros of the Keto Diet

Cons of the Keto Diet

General Thoughts of the Keto Diet So Far

For me personally, the relief I’ve gotten in even ten days from my migraines and stomach pains has been worth what it’s cost me tenfold. I don’t plan to stay on this diet forever, but I’ll be playing around with what makes me feel best going forward for sure. I miss morning smoothies, apples and peanut butter, just fruit in generally really, and cocktails outside of a vodka soda, but I can deal with those in the short term. Raspberries, blackberries, and strawberries are lower in carbs and so I can have some of those in careful moderation. Turns out I love heavy cream in my coffee, who knew?! Working out has been a little challenging. I feel fatigued quickly but I’ve read this is normal in the beginning. I’ve found a collection of snacks that I keep on hand so I’m never hungry or without a good option when I do want a little something between meals, which is not often because the food is so filling! My favorite snacks are nuts (pecans, almonds, and macadamia are best), olives, cheese, sliced turkey or ham, pepperoni, pork cracklins (Yep. They taste like bacon.), parmesan cheese crisps, guacamole, cucumbers or celery dipped in ranch or boursin cheese. 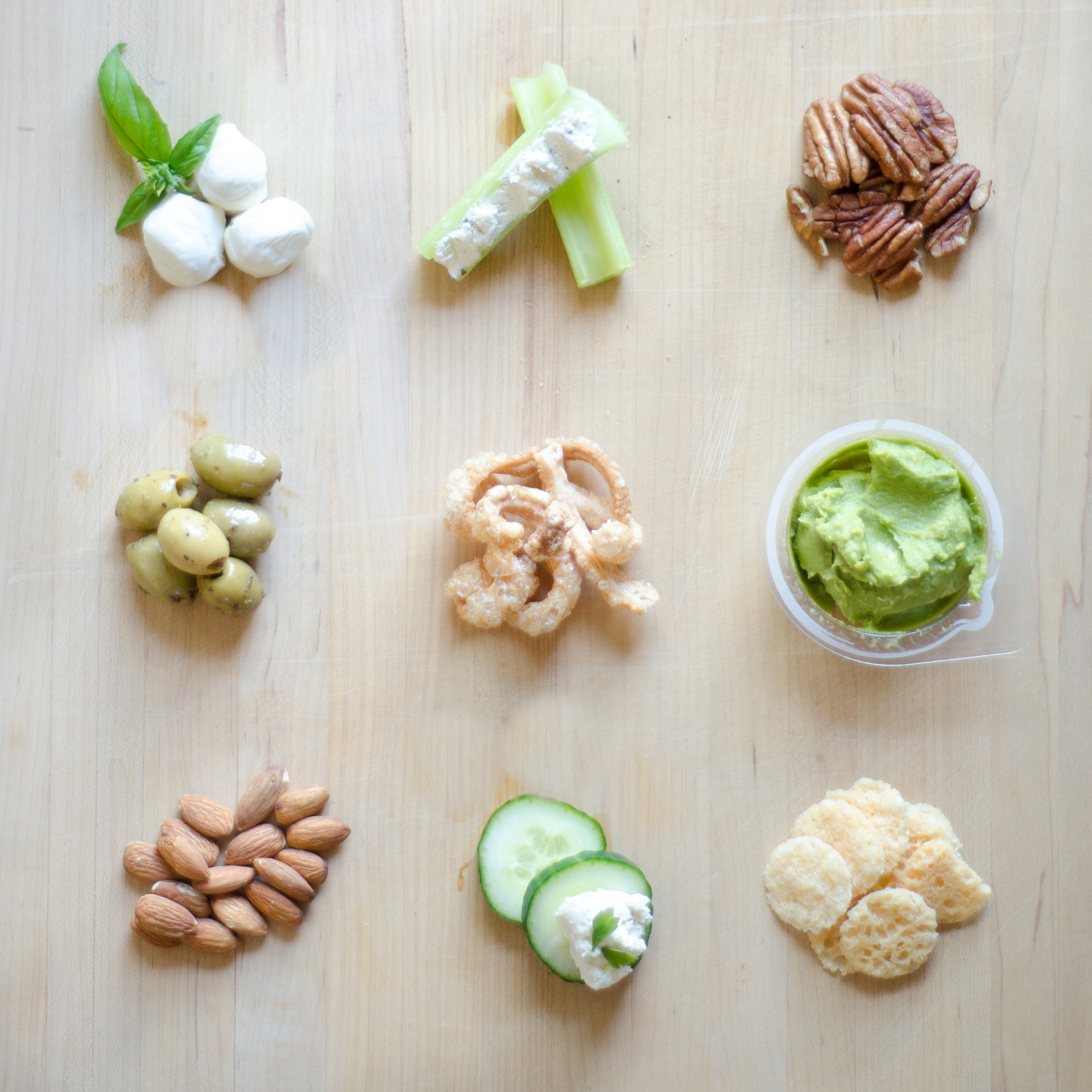 I’m sort of laughing at myself now because I said at the beginning of this post that I was going to try to explain all of this in as few words as possible annnndd……..yeahhhhh… What can I say, it’s a little complicated! I mostly wanted to explain why I’m doing the keto diet, and why you may subsequently be seeing a shift in recipes from me, at least for a little while. It’s a strict diet to follow but there is so much delicious food to eat and for me, at least, some significant health improvements to gain. I’m excited to see how the rest of the month goes!