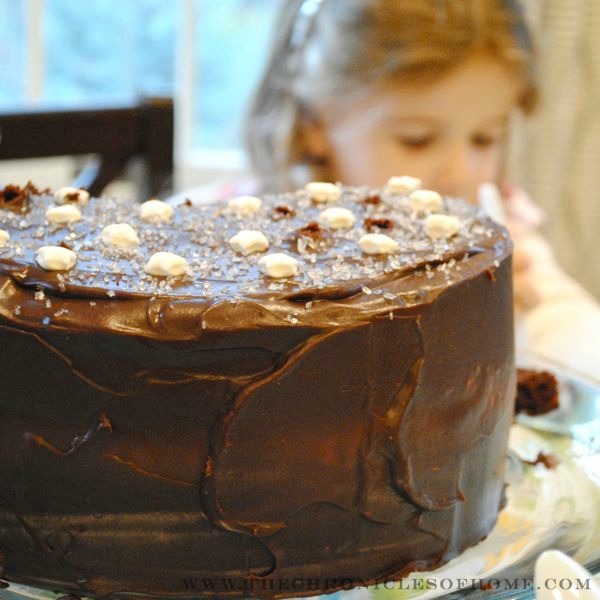 This may be the perfect cake.

Just putting it out there.

Perfect for a special occasion, that is.  This is definitely not the kind of cake you whip up on a Tuesday because you want a little something sweet for dessert.  It’s grand and rich and will make people say, “Wow.  What is IN this?”  A showstopper. 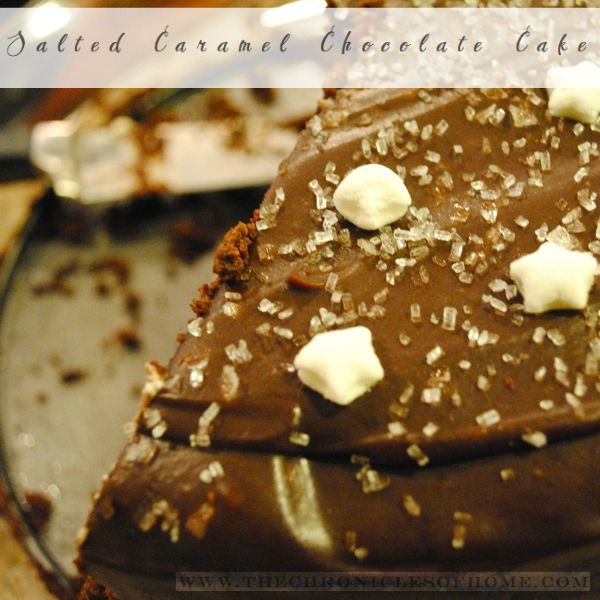 I made it a couple weeks ago for the family birthday party I had for Ada and Ellie.  I almost didn’t make it because I got sick the week leading up to the party and was feeling overwhelmed and even for someone like me who is definitely not afraid of baking, there’s just something about a layer cake that seems daunting.

But I pushed through and it turns out what looks kind of complicated is actually pretty simple.  There are three parts to this cake: coffee-laced chocolate cake (I used decaf), caramel chocolate ganache, and gelatin-fortified vanilla whipped cream. 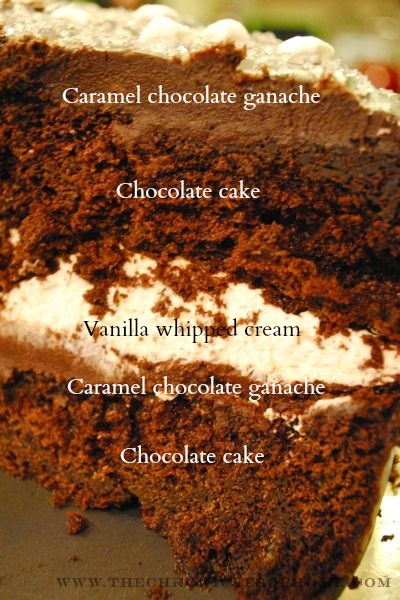 Each component of the cake was relatively quick to make and as long as you start at least a day or two ahead of time – the whipped cream layer should set up in the fridge overnight – this cake is kind of a breeze to make for something that looks so impressive.
The top of the cake is sprinkled with sea salt (I used Maldon) which stays crystallized and gives an ethereal sparkle to the ganache frosting.  I didn’t want to overdo the salt but wanted lots of sparkle so after sprinkling the sea salt I also sprinkled sanding sugar to really give it some glitter!

My original plan had been to cut chocolate-covered caramels with a star-shaped cookie cutter and have them on toothpicks on top of the cake but the caramels would smash as soon as I started to press the cutter through, so I had to scrap that plan.  And eat a lot of smashed dark chocolate sea salt caramels.  Tough job, I know.
Plan B worked beautifully anyway.  I pressed mini marshmallow flat-ish with my finger and pushed a star shaped mini-cookie cutter through them to make lots of little white marshmallow stars that I scattered across the top of the cake.  It was the perfect touch of whimsy for a child’s birthday cake. 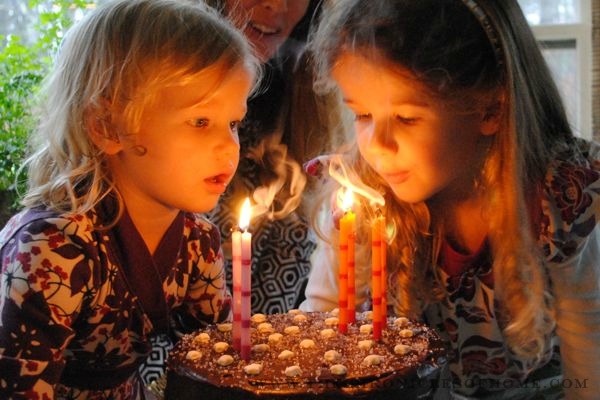 So, if you want my advice, make this cake.  For your next birthday party, dinner party, or Christmas dessert.  I promise you, it isn’t as hard as it looks.  And even if it was, it would still be worth it!
Click here for the recipe.
Linking to The Shabby Nest, Craftberry Bush
« Holiday Party Wear
Chocolate Peppermint Ice Cream Cake »