Scott and I returned from our eleven day vacation out west two Saturdays ago.  We have over 500 photos from our trip so it’s taken me a little while to pull out some highlights to share with you.  And even with my editing, there are kind of a lot here.

We had a wonderful time.  I’ll try not be too verbose, but we don’t take long vacations like this very often these days so you’ll have to forgive me if I’ve gone overboard with the pictures and wax on about all the little details.

First up on our road trip was Vancouver, a city neither Scott nor I had been to before but both wanted to visit.  We drove directly from the airport to Grouse Mountain, a ski resort outside Vancouver where there are great mountaintop views of the city.  We drove over the Lions Gate Bridge and started a steep and windy ascent up the mountain and 15 minutes later we were there.

The views from the top were all we’d hoped they would be.  Snow-capped mountains in the distance on one side… 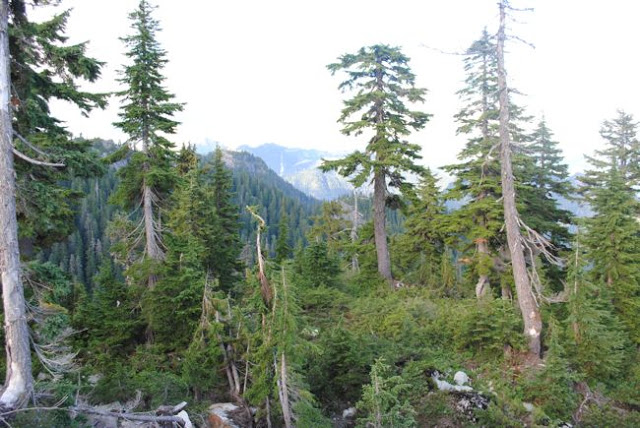 …and panoramic views of Vancouver from the other side.

As we were riding the chairlift to the top of Grouse, we saw a paraglider leap off the side of the mountain and soar off over the water and city.  It looked at once terrifying and peaceful. 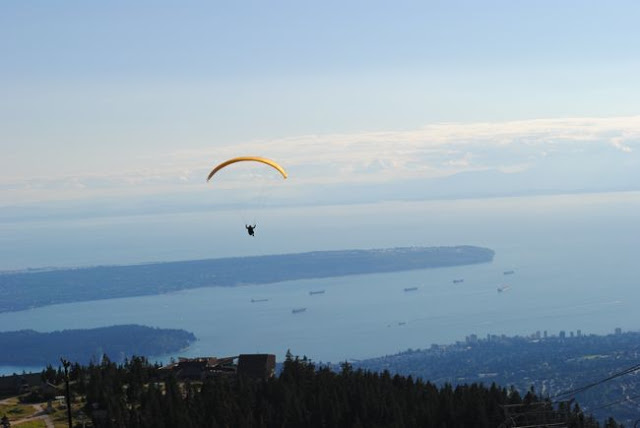 A little farther down the mountain was a Grizzly bear preserve and we were able to see one of the bears up close, playing in a stream. 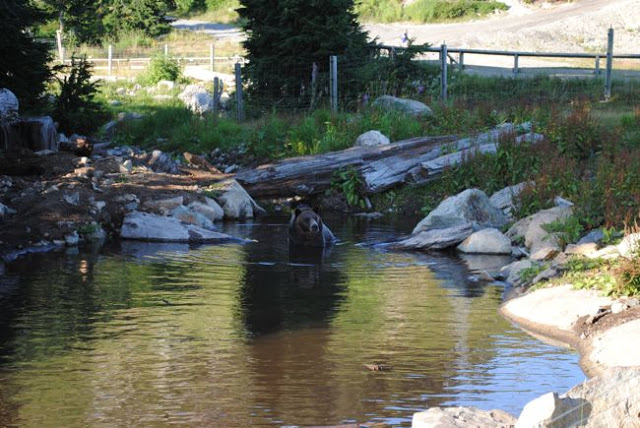 After spending several hours at Grouse, we made our way to downtown Vancouver and barely stayed awake through dinner before collapsing into bed.  The next day we were up early to catch a ferry over to Victoria, the capital of British Columbia.  Our first stop there was Butchart Gardens, and it was spectacular.  Colors and textures layered like I’ve never seen.  I couldn’t stop snapping pictures.  My favorite site there was the Sunken Garden, which was planted in an old limestone quarry. 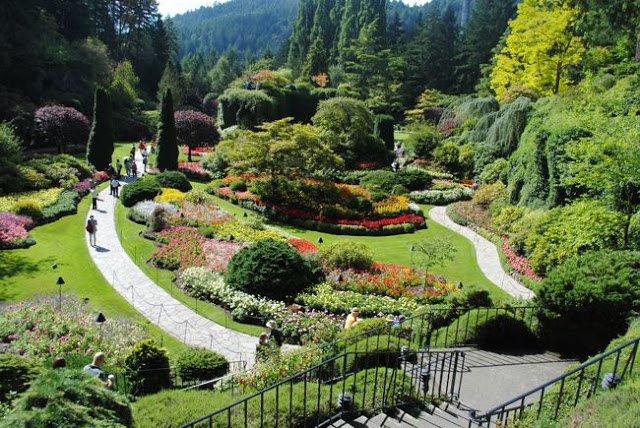 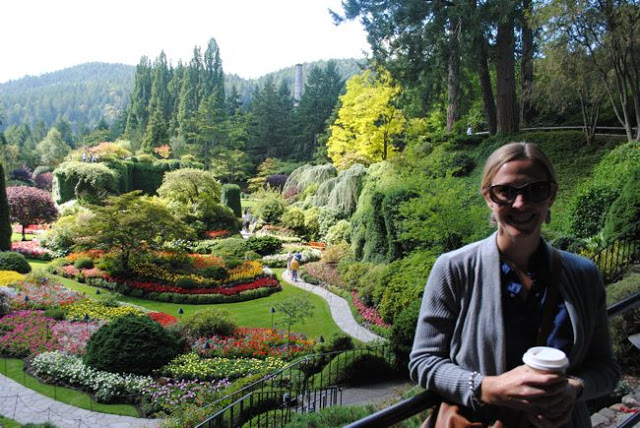 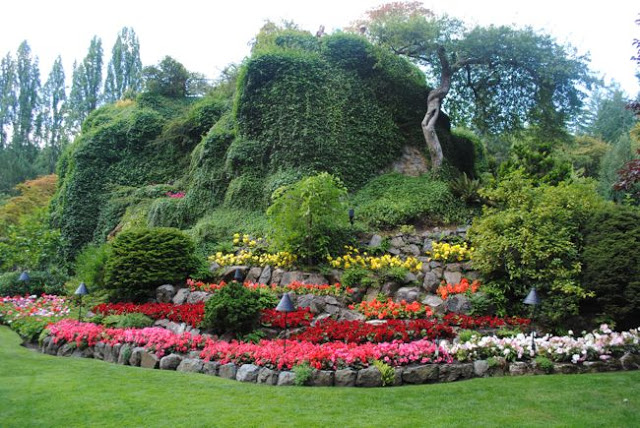 We left Butchart Gardens and made our way into downtown Victoria where we snapped some photos in front of the impressive Parliament building before heading out on a whale watch. 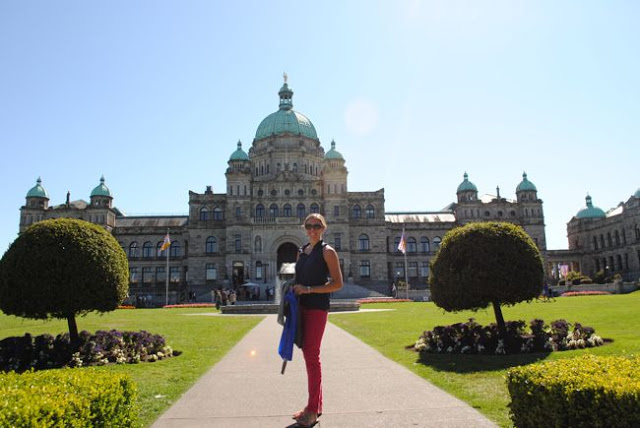 We saw tons of killer whales but I’ll save you the boredom of our gaggles of pictures of whale fins cresting above the water.  Suffice it to say it was cool.  Super cool.

We spent our last day in Vancouver touring around the downtown.  We biked along the seawall, which has beautiful views of the mountains and the Lions Gate Bridge. 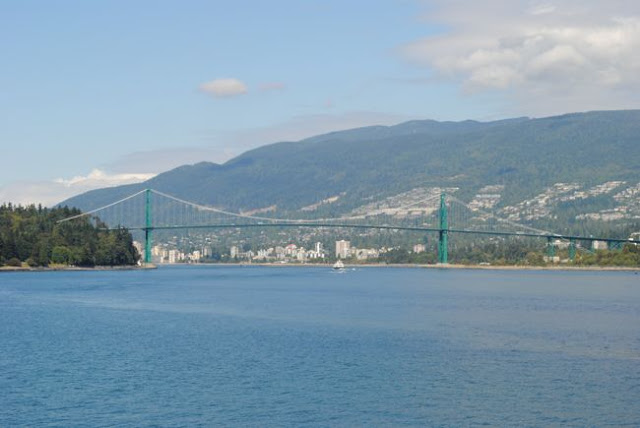 We visited Granville Island, a lively and eclectic marketplace with the most wonderful collection of food aromas.  I practically had to be led out like a child begging for treats.  Despite the enticing smells, we held off on eating lunch there and made our way to Yaletown, and very cool neighborhood that had lots of restaurants with outdoor seating.  We grabbed an early dinner, said goodbye to Vancouver, and made our way to Seattle.

We had one full day in Seattle so hit up all the big tourist attractions.  We walked around the Space Needle area… 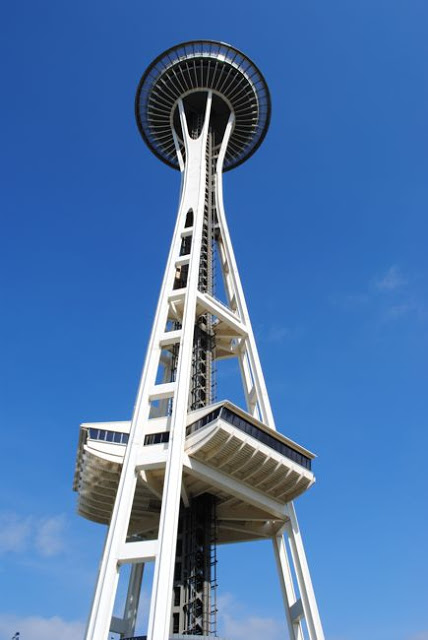 …made our way to Pike Place Market for lunch… 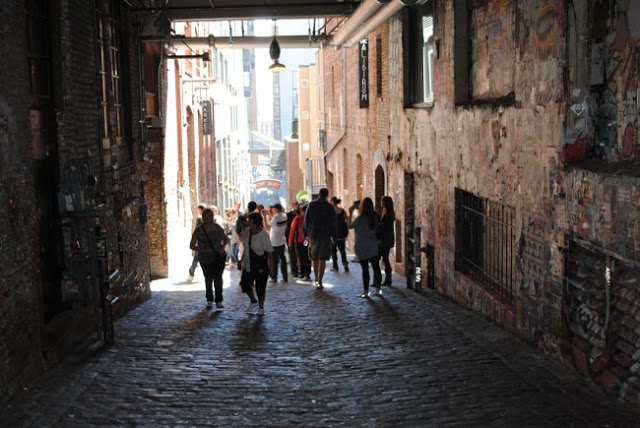 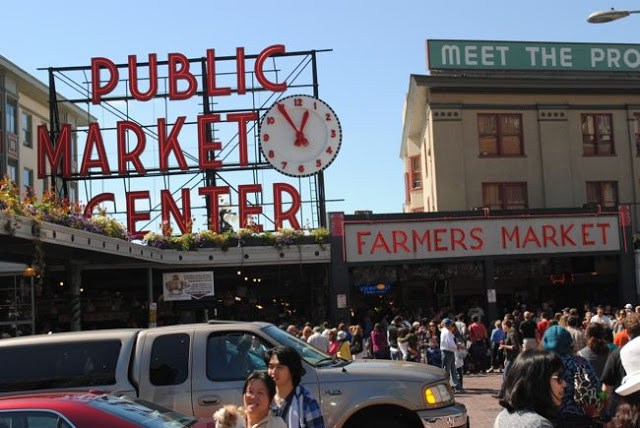 …and capped off the afternoon with a kayak around Lake Union, where Seattle’s famous housebouts can be found. 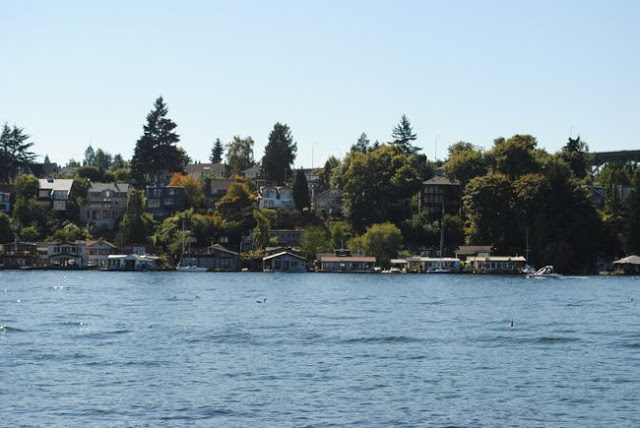 We even saw the house from Sleepless in Seattle :)

We hit the road again the next morning heading for Crater Lake, OR, which was about a 7 1/2 drive from Seattle.  The national forests we passed through on the way were spectacular.  We arrived at Crater Lake just in time for a sunset hike led by a national park ranger.  It was so quiet and remote and beautiful. 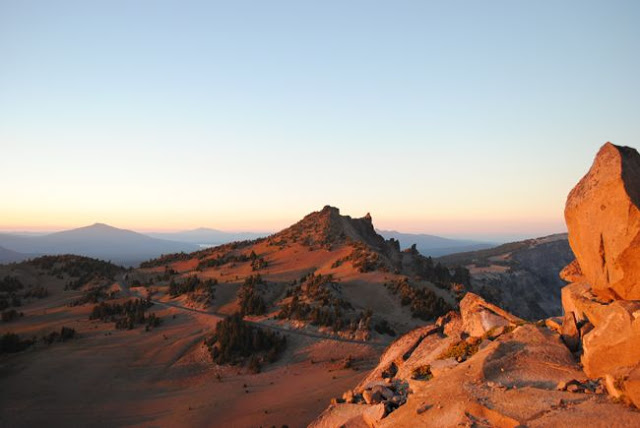 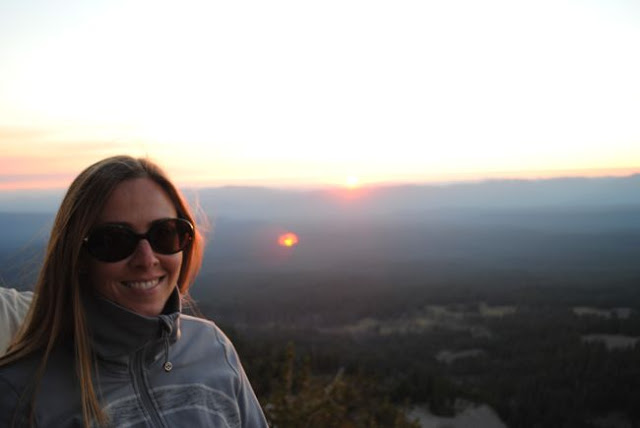 The lake was formed when a volcano collapsed 7,700 years ago.  It’s the deepest lake in the U.S. and is considered the cleanest lake in the world.  It was absolutely breathtaking…or so I thought… 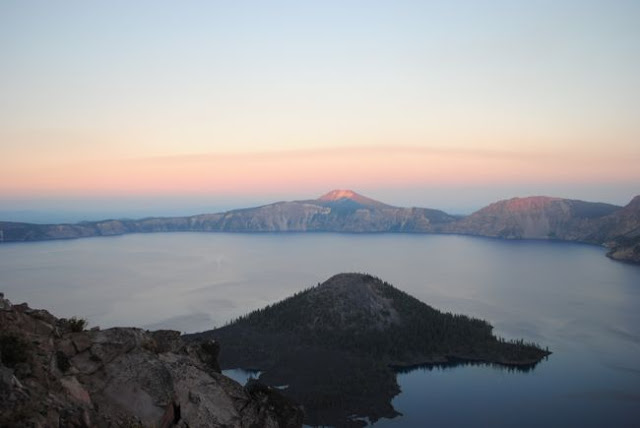 …until I saw it the next morning. 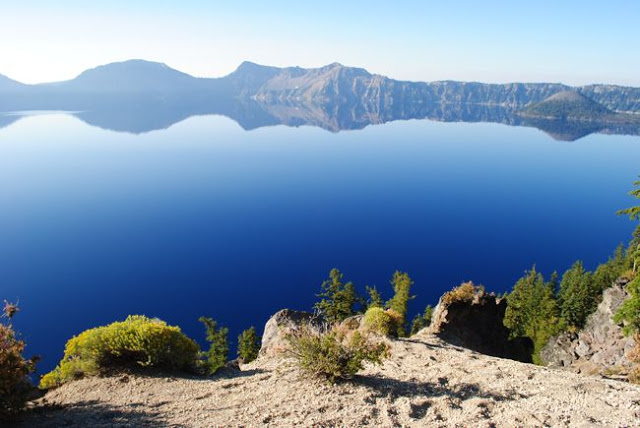 It’s really that blue.  Really.  So blue you feel like your eyes have to be playing tricks on you.  I’ve never seen anything like it.  I’m kind of a national parks nerd anyway – I just love all that you learn and being surrounded by awe-inspiring natural beauty – but this was really a special place.  Unforgettable. 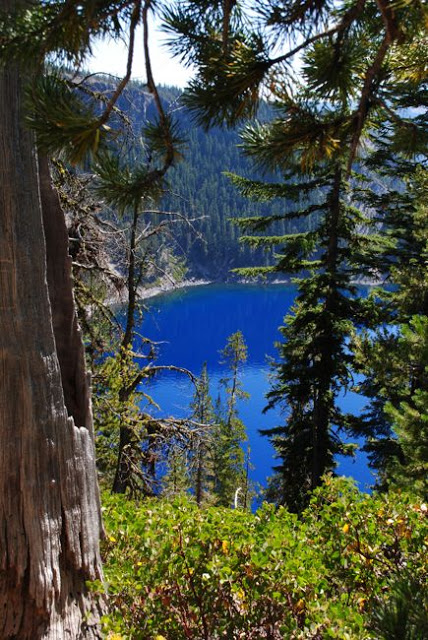 After a boat tour around the lake and an intensely steep hike back up the side of the crater, we buckled back into the car and drove 6 1/2 hours to Sonoma.  Shortly after arriving we had a fantastic meal at the El Dorado Kitchen – I could have eaten there a second night, the menu was so interesting and our meals so outrageously good.
In the morning we hopped on bikes and toured a few wineries in Sonoma. 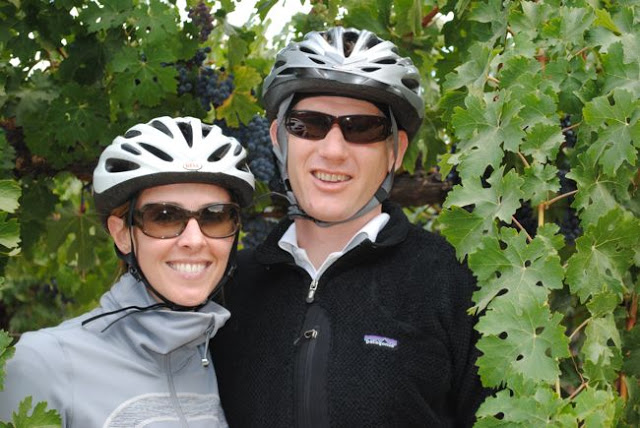 The next day we drove through Napa as well.  I can’t get over how many grape vines exist in this small little part of the country.  Practically as far as you can see in every direction.

We drove from Napa to Muir Woods and there I got my first glimpse of the redwoods.  Wow.  I’m pretty sure our photographs don’t do justice to how massive these trees are.  I read on one of the plaques in the park that some of the trees were standing when dinosaurs lived.  And dinosaurs likely walked among these very trees in this very forest.  Crazy, right? 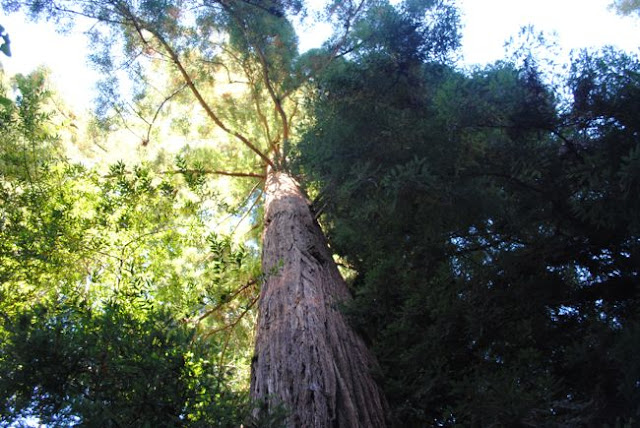 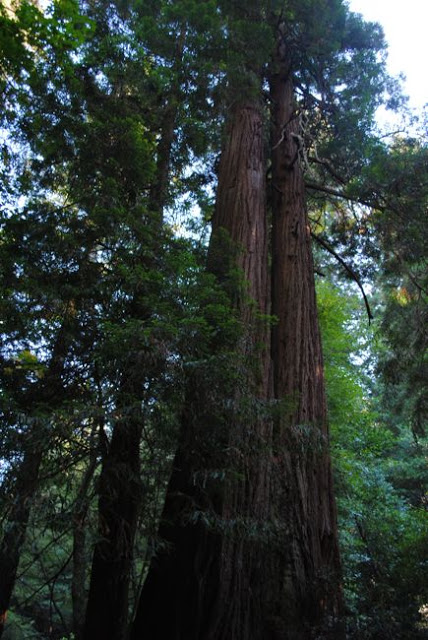 Not the clearest shot here, but it gives you some scale.  Don’t I look tiny?

We left Muir Woods and drove a short distance up into the Marin Headlands for some great bird’s eye views of San Francisco and the Golden Gate Bridge.  It was COLD. 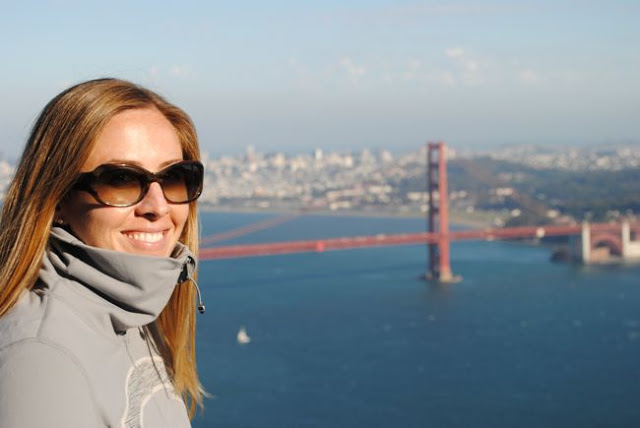 And then we wound our way back down and drove over the bridge and into San Francisco, the last stop on our road trip. 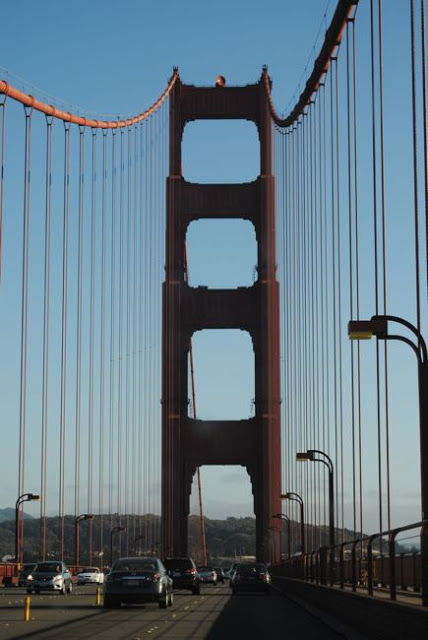 We drove around the city a bit before checking into our hotel and watched the sun set over the Pacific.  Still COLD. 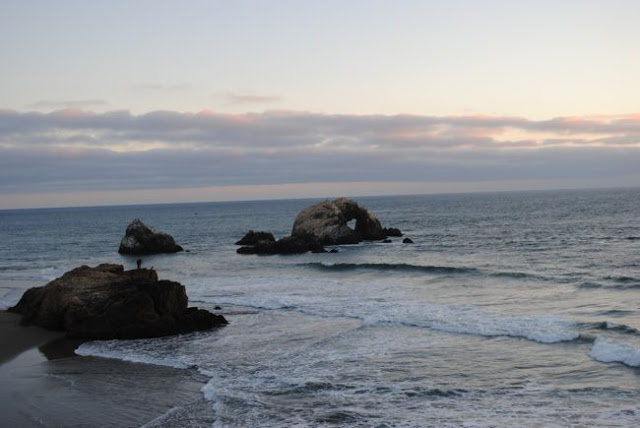 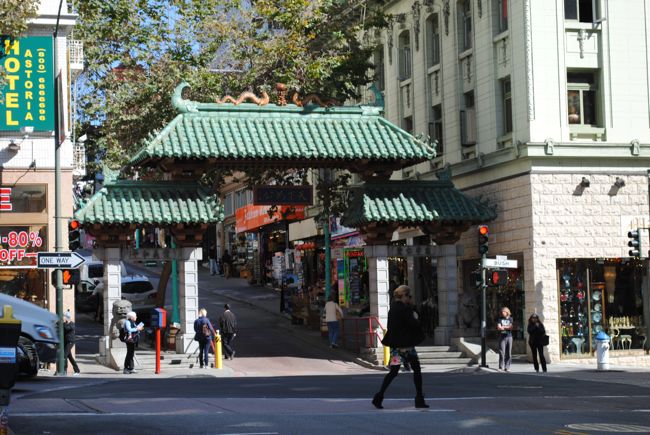 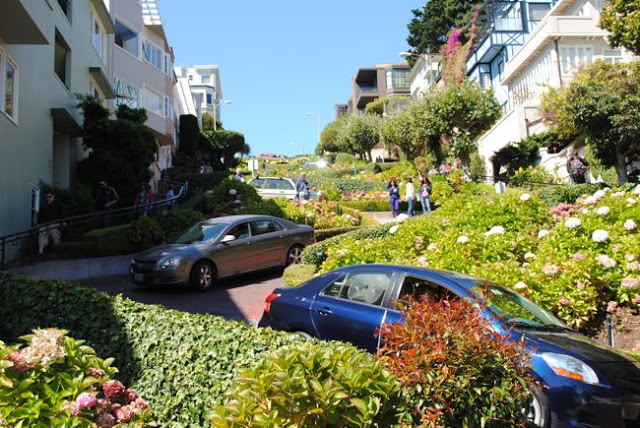 …and made our way to Fisherman’s Wharf for views out to Alcatraz. 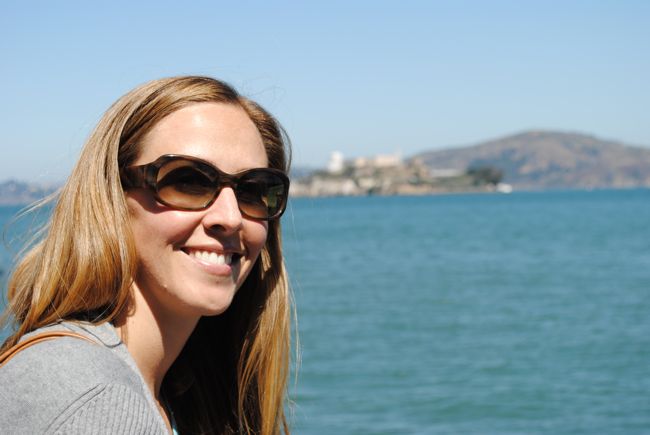 Dungeness crabs were absolutely everywhere around Fisherman’s Wharf so, hey, when in Rome! 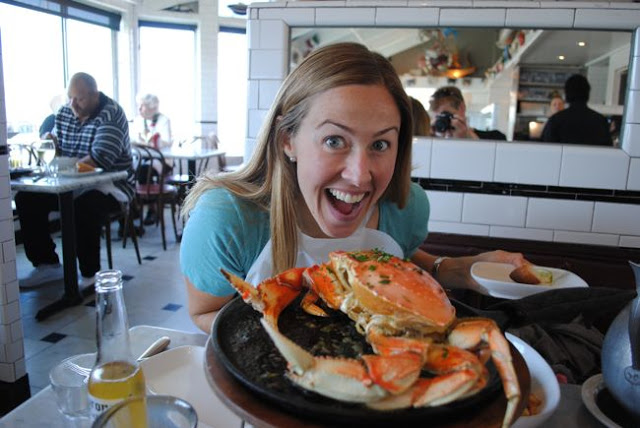 After lunch we spent some more time walking around the city, enjoyed our last dinner out that night, and made our way home to Boston the next morning.  And in case you’re wondering, I didn’t wear the same thing eleven days in a row, though my gray sweater and gray sweatshirt got a lot of use!

It was busy and tiring and fun and refreshing all at the same time.  It was so fantastic to spend that many days just with Scott – we haven’t had much alone time in the past four years!  But by the end of the trip we were both so excited to get home and give our sweet girls hugs.  My parents are that much closer to heaven for taking care of them while we were away and we were, and are, so grateful that they gave us the opportunity to take this trip together.

And the big news since we’ve been home is that our big girl started preschool for the first time.  I think she is the last of the children we know her age to go, but I wanted to have her home with me last year still.  She loved her first week and surprise of surprises, I didn’t cry on her first day.  She was so happy and proud to be going to school that my oh-my-gosh-my-baby-is-growing-up-and-going-to-school angst didn’t break through her joy. 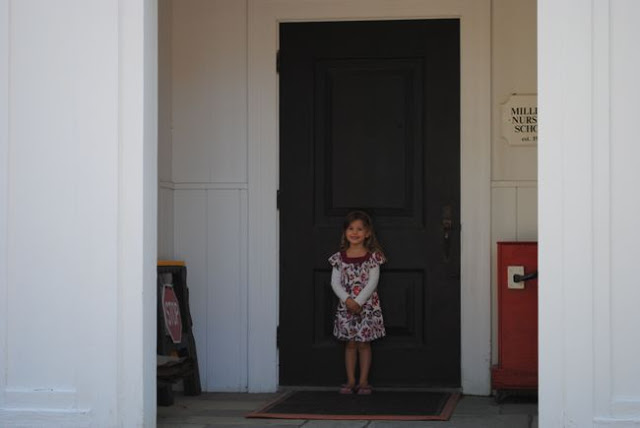 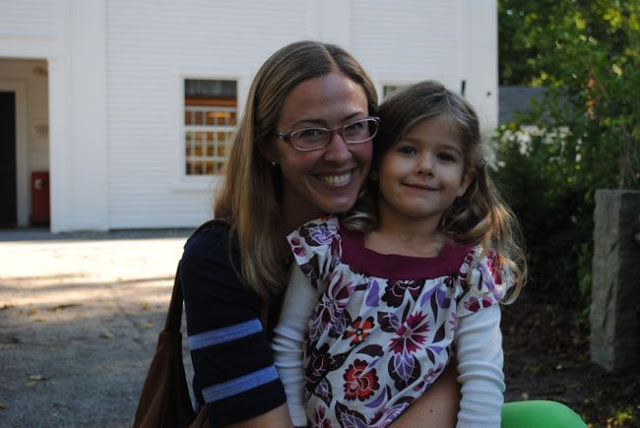 Phew!  Are you exhausted after sifting through our adventures?  Now back to work on my ambitious project list for the rest of this month.  Nothing’s been completed yet but I’ve got some things underway…
« Pasta Puttanesca
Quinoa Pancakes {with blueberries and chocolate chips} »