A few weeks ago when I showed you the new gold pendant in my entryway, I mentioned that the light that had been there before was being relocated. It was a lighting domino show – the new entryway light bumped the existing lantern pendant to the kitchen island, and the lantern pendant bumped the existing kitchen pendants to the mudroom (I haven’t shared them there yet but you can see a little peek HERE).

I had been feeling for awhile that I wanted something simple and classic over the kitchen island and since I already had the lantern pendant and a second matching one…well, once I had the new gold pendant for the entryway it just all came together. Plus these particular pendants have no glass, which makes them a great practical choice too since my cooking surface is directly below. Constantly cleaning grease buildup off glass light fixtures is no fun. 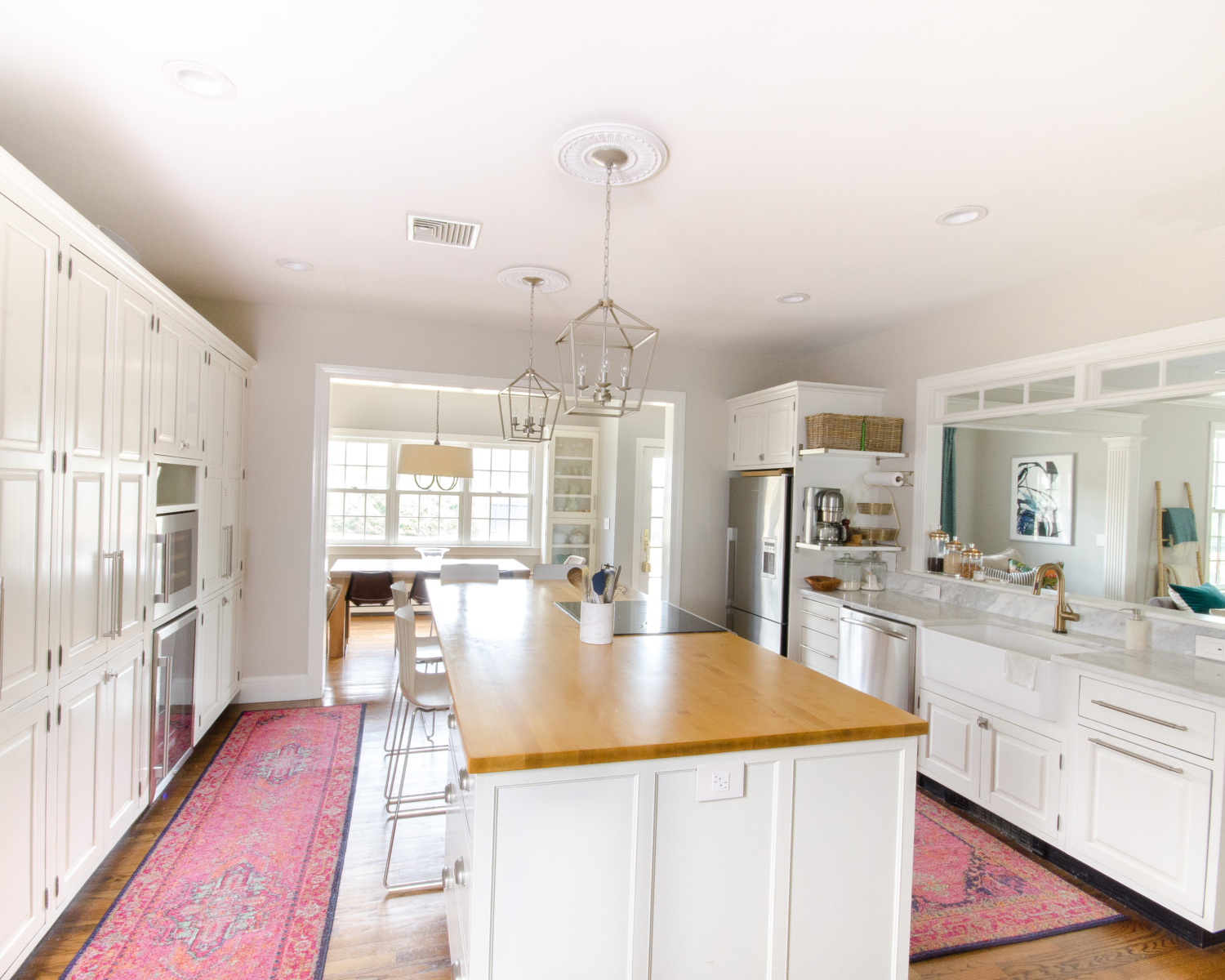 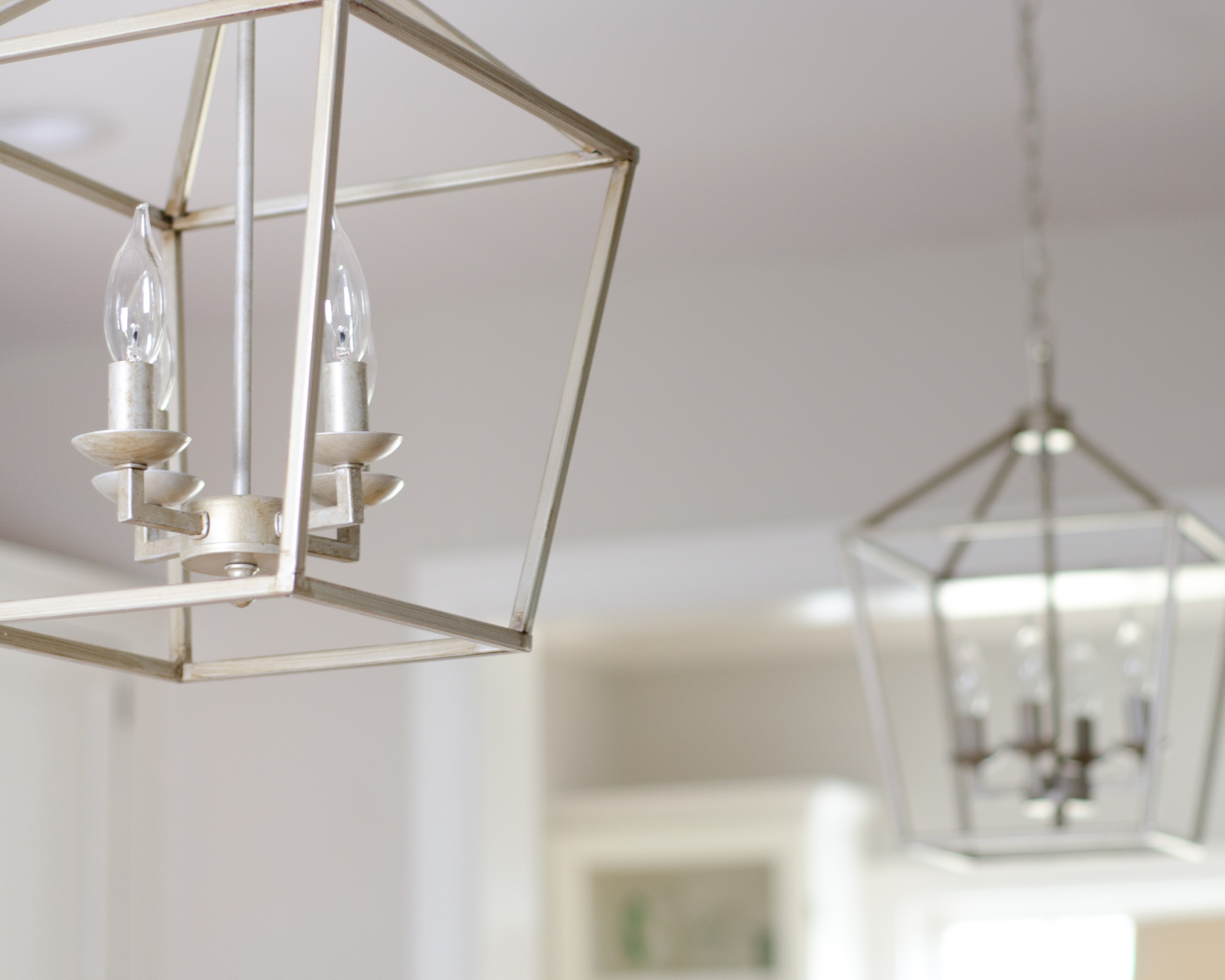 The new kitchen pendants are modeled after the Visual Comfort Darlana Lantern, which has long been one of my favorites. I probably could have eventually justified the cost of them but if you’ve been around here awhile you know I can never resist a good deal and when I found this Darlana Lantern knockoff for around $100, I couldn’t let myself spend four times more than that for the real deal. I found a six-light version too HERE. Besides the amazing bargain price, the finish on the Darlana lantern knockoffs was so perfect for my kitchen, which has both brushed nickel and brushed brass finishes. The antique silver finish on the pendants I chose has a silver background like brushed nickel with some soft brushed brass accents, so they really marry the other metal tones in the kitchen perfectly. 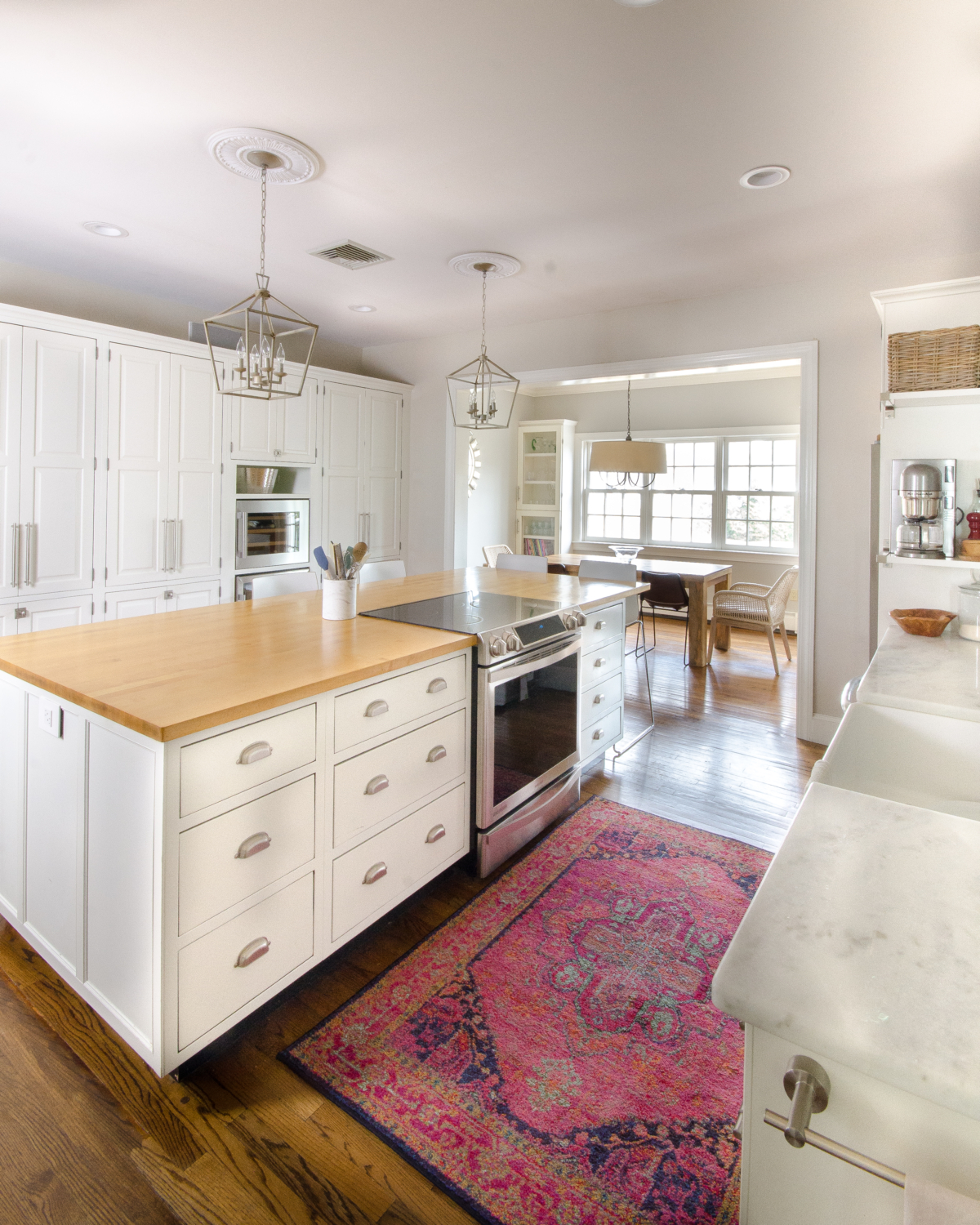 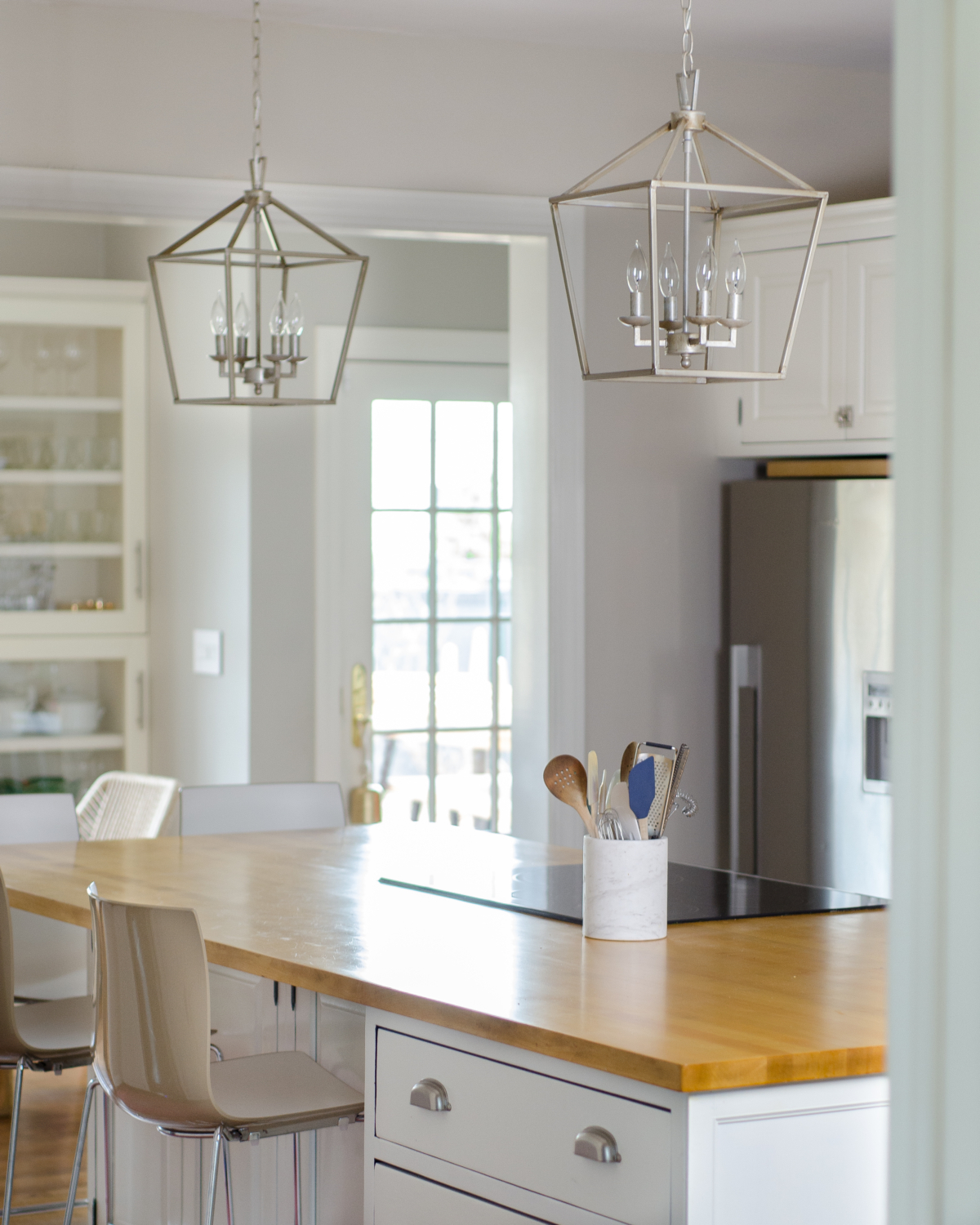 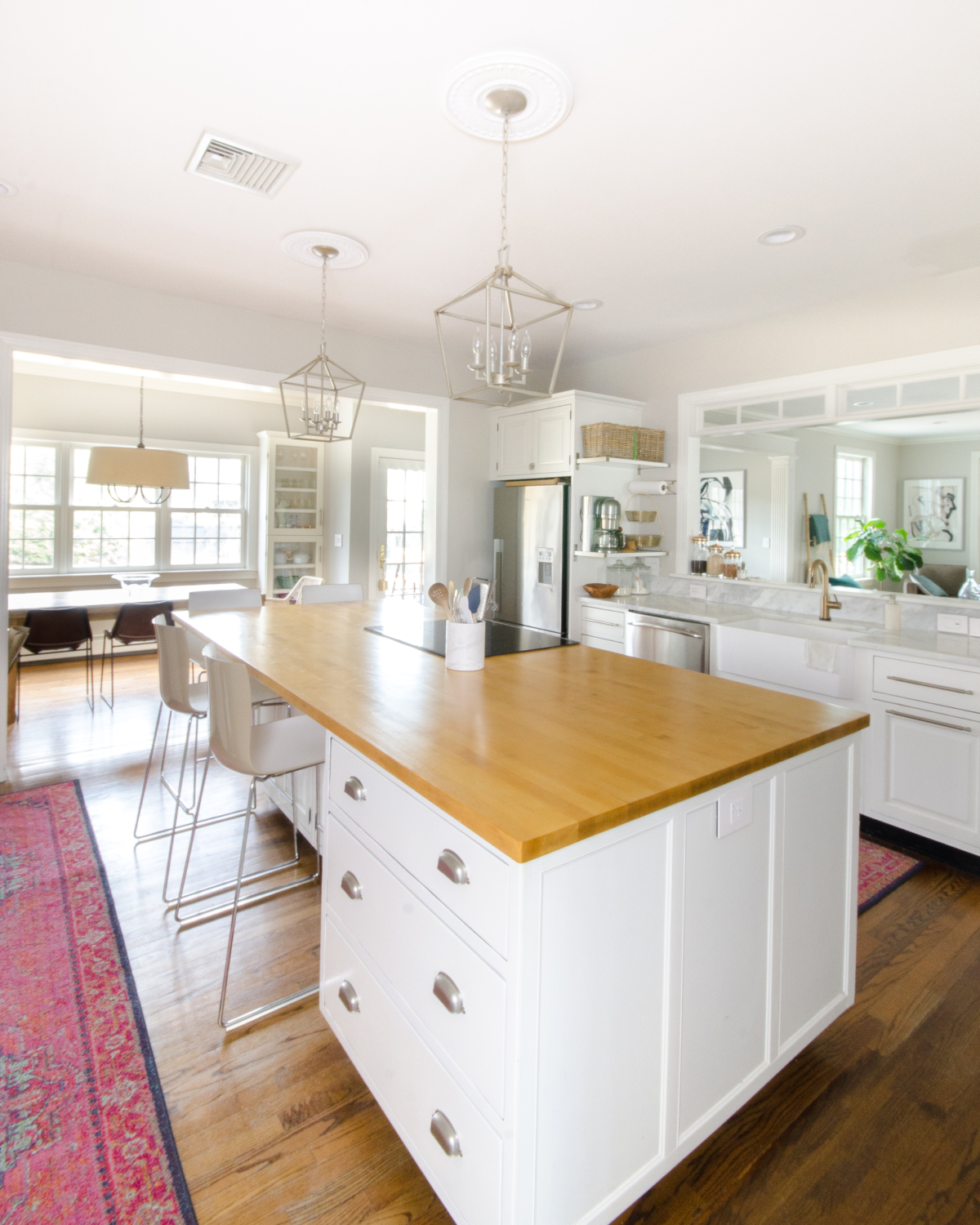 I’m loving the more classic look in here, and also loving how the old kitchen pendants look in the mudroom…more on that soon!